A diary of things I've seen and thought that have stayed in my head even after I've posted them on instagram, meaning, I guess, that I want to write more about them or have a place to host bigger pictures.
You can click or tap these images for larger versions.
2018 -
Saturday, June 26, 2021 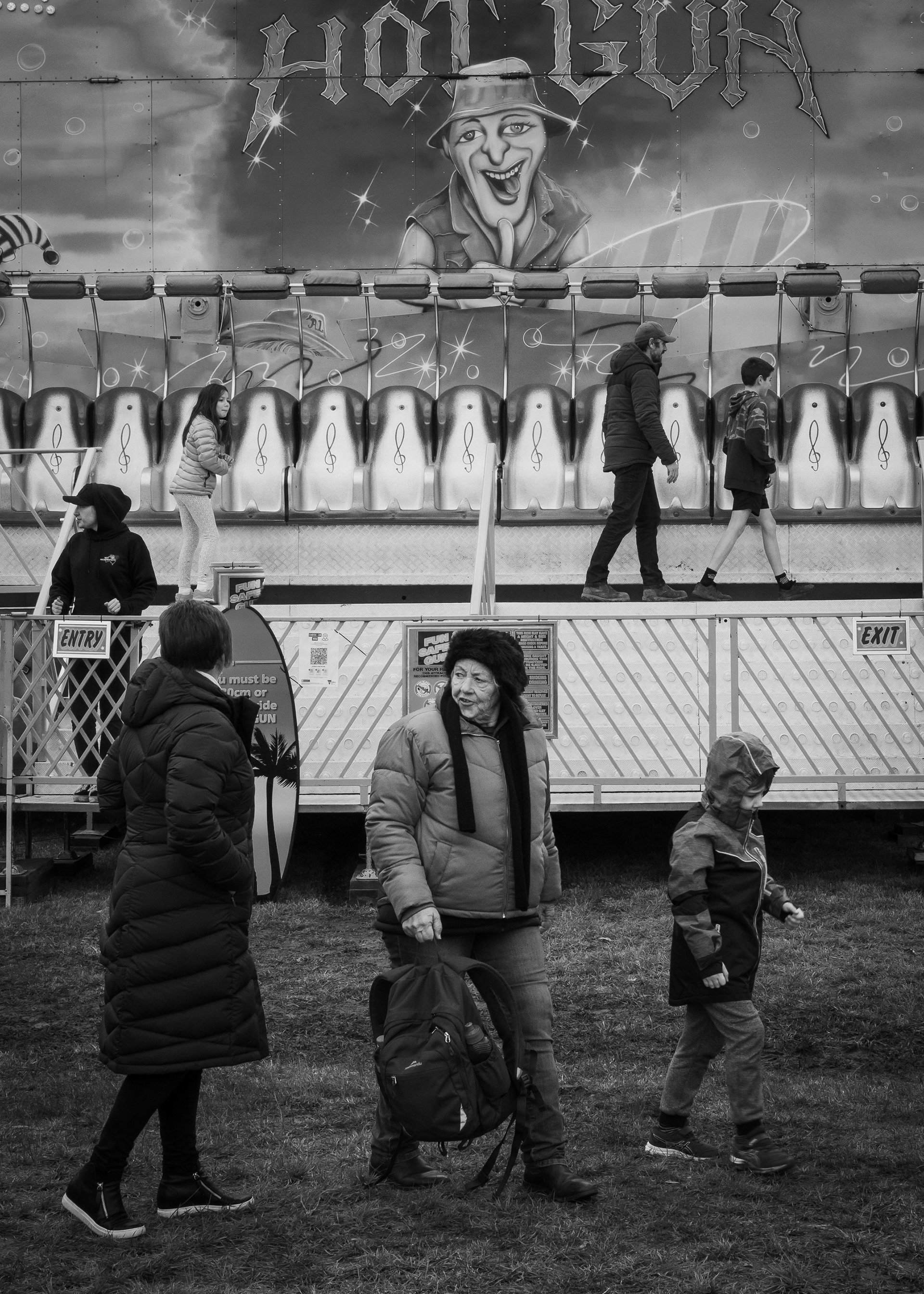 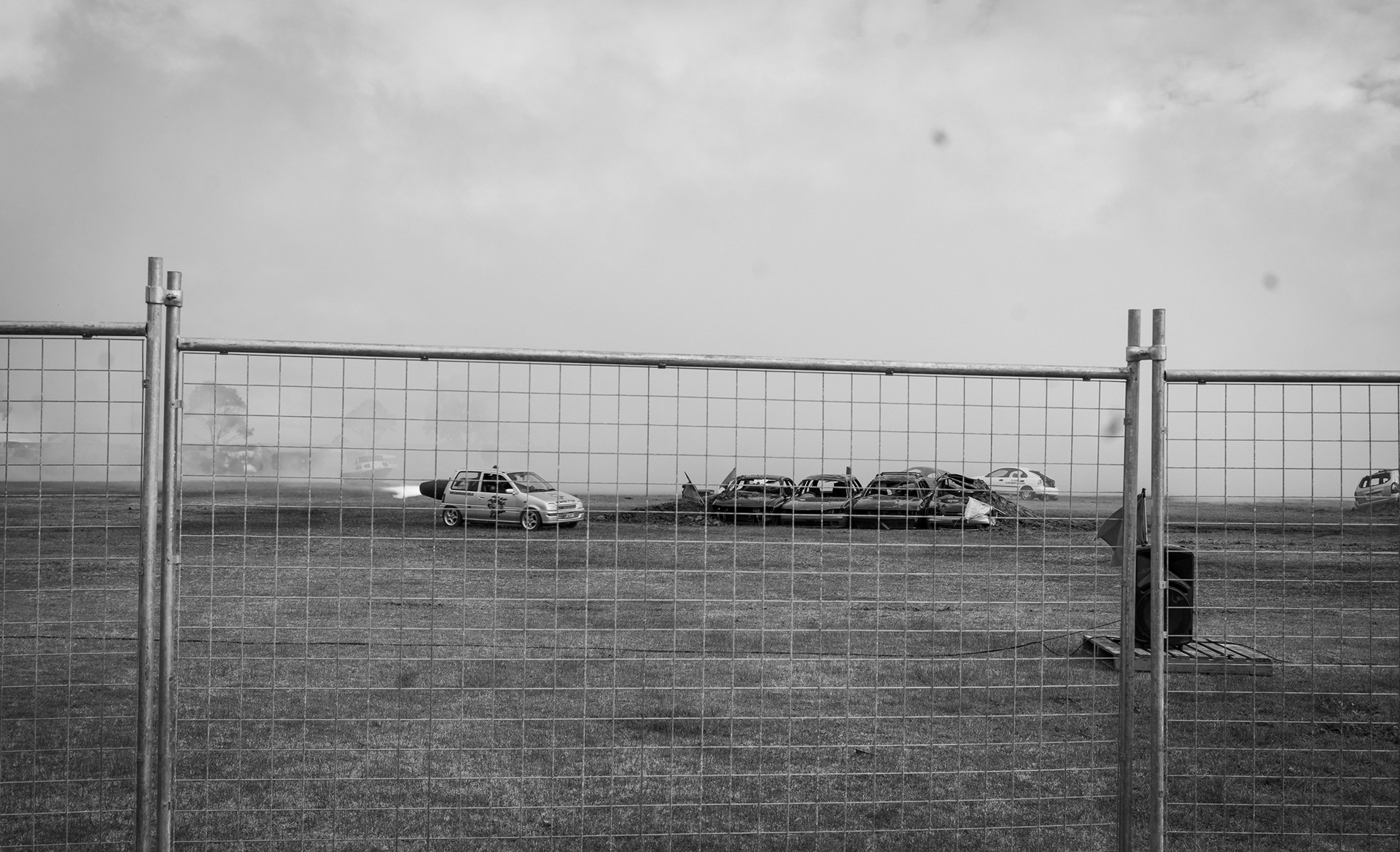 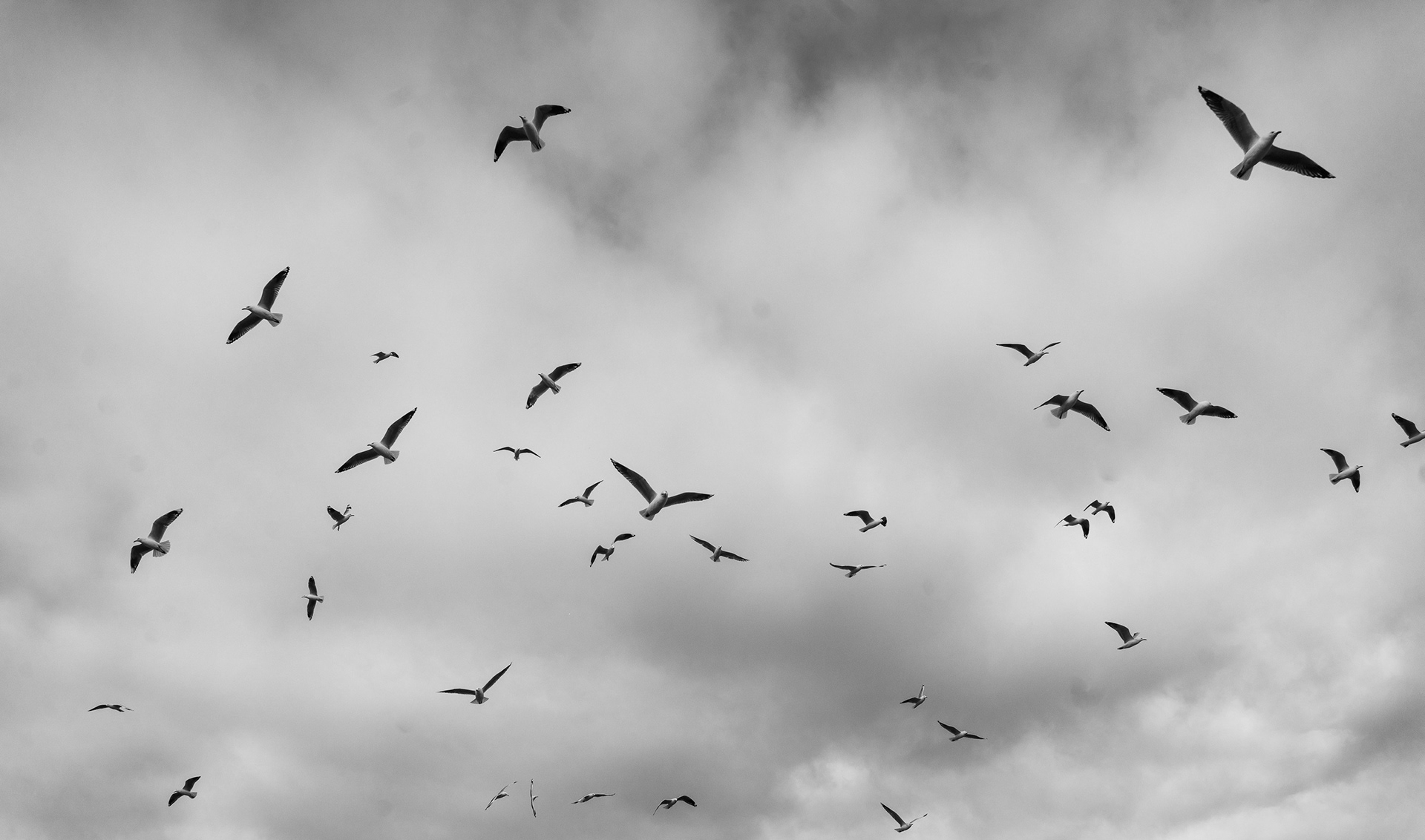 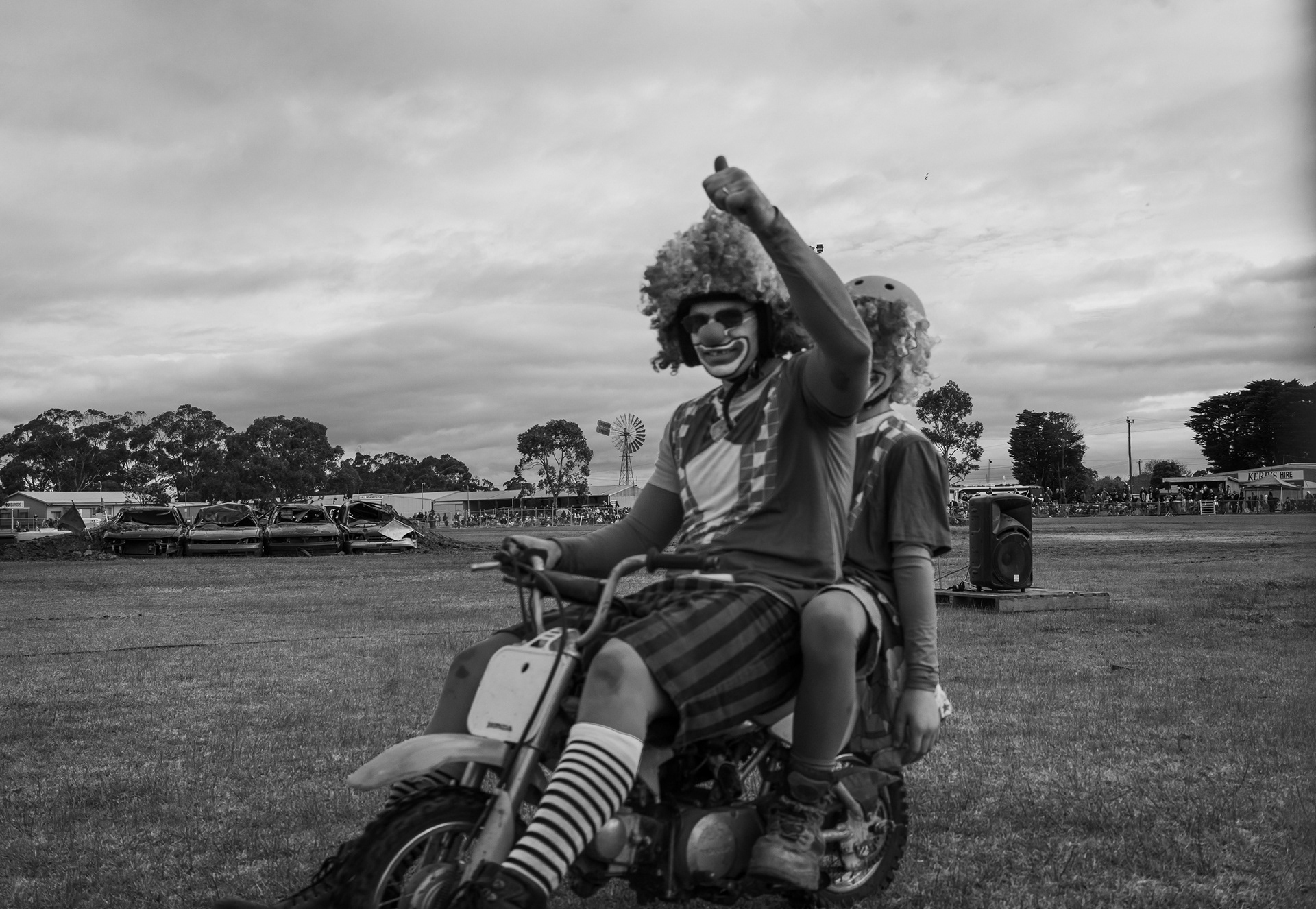 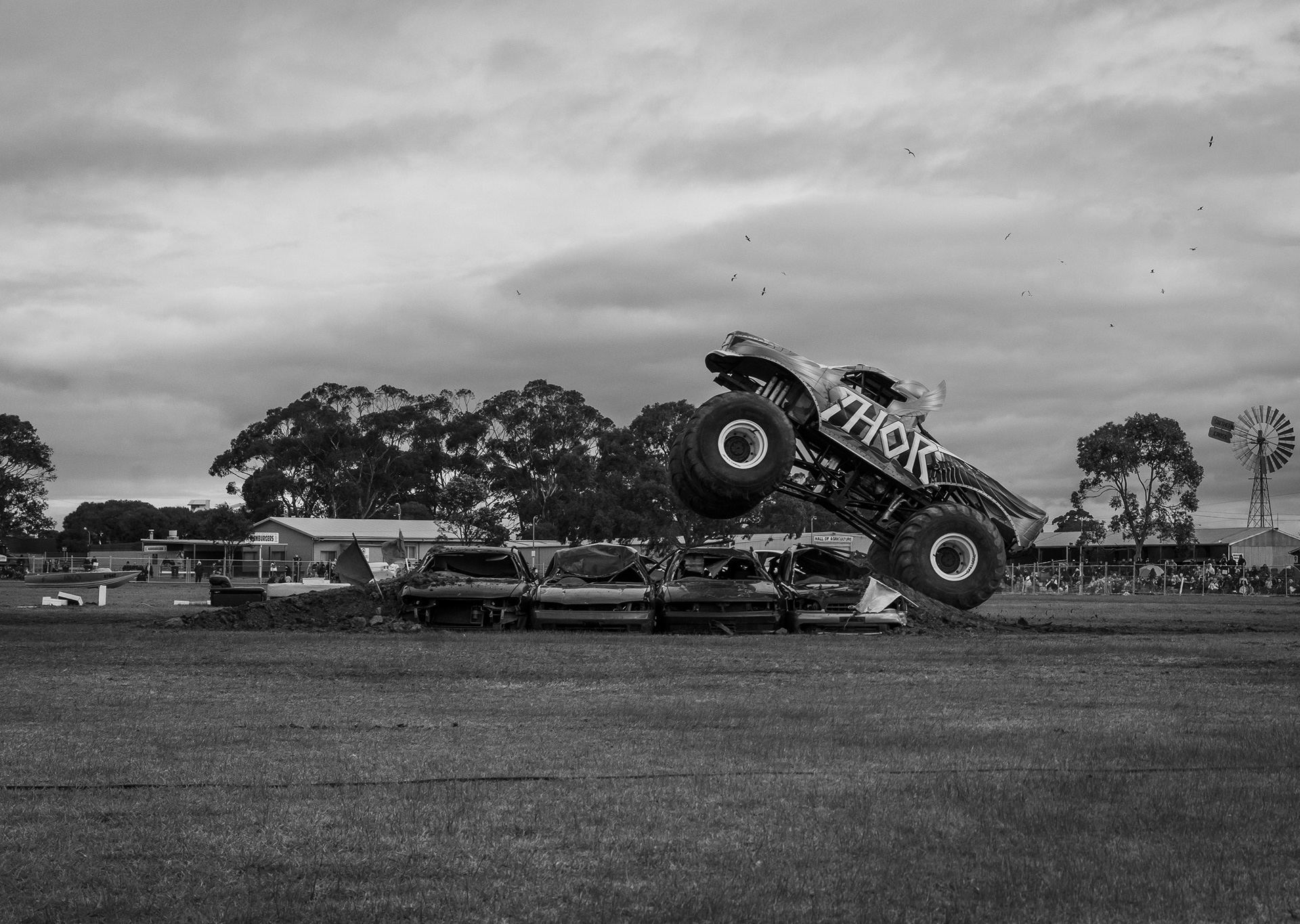 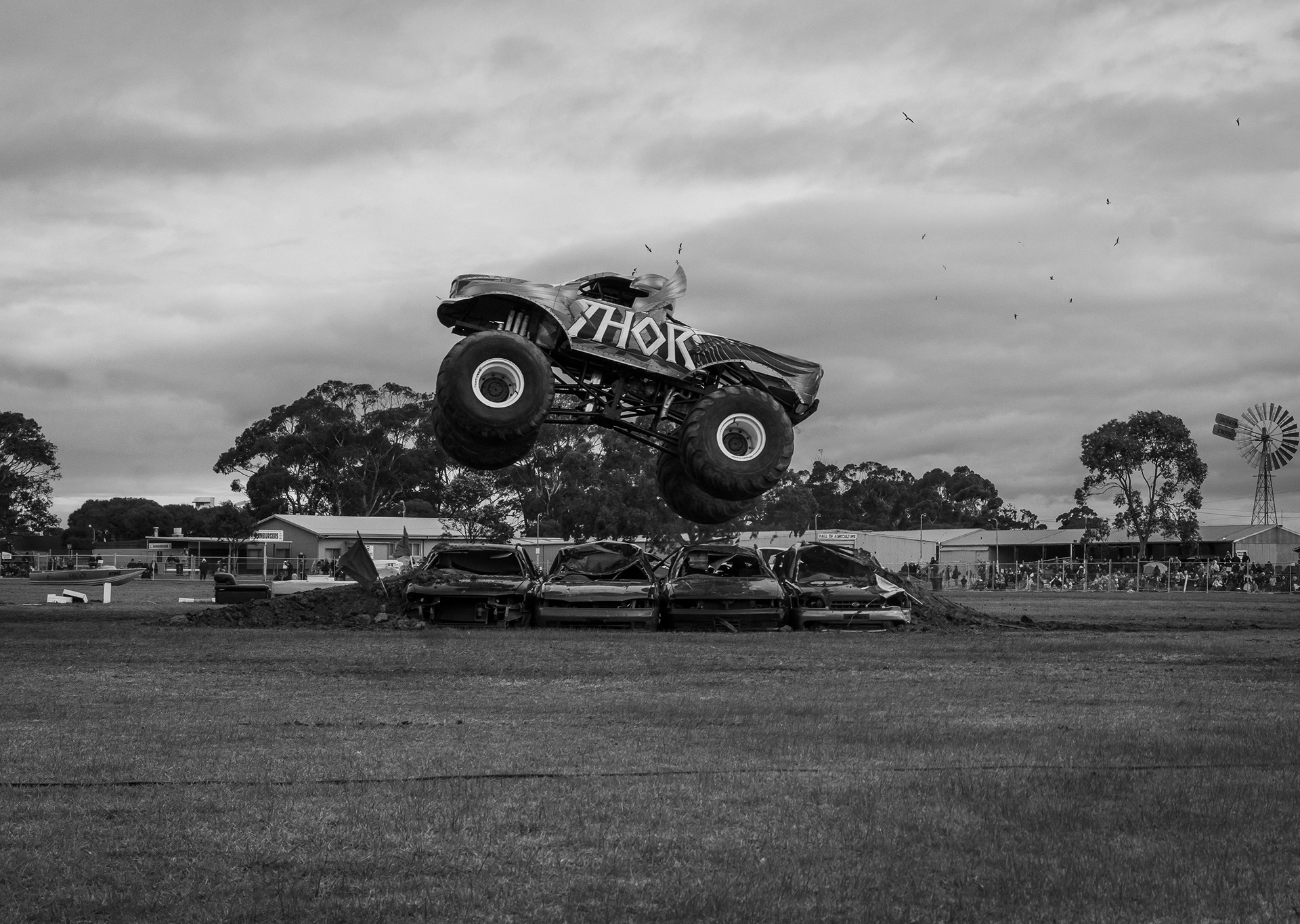 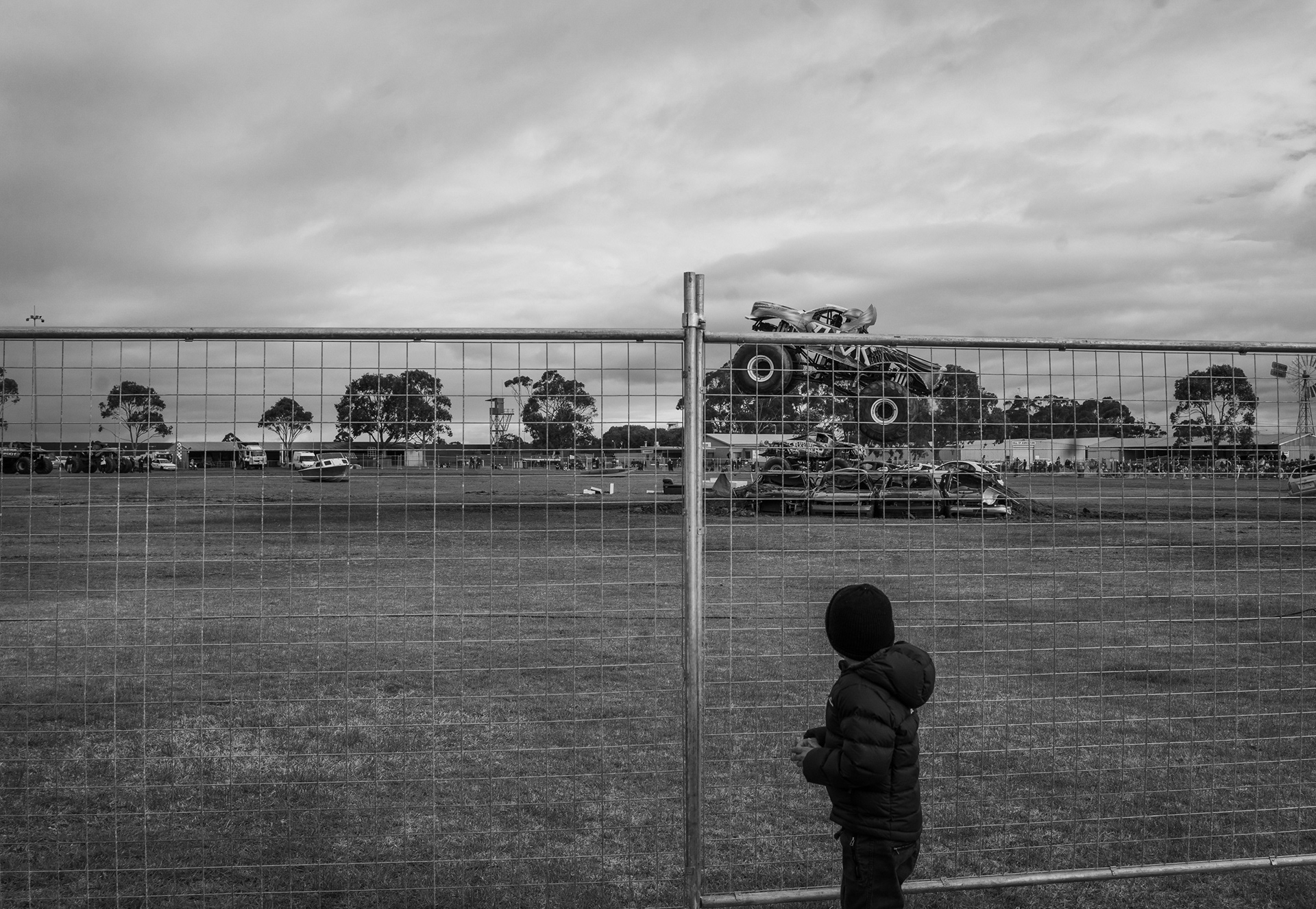 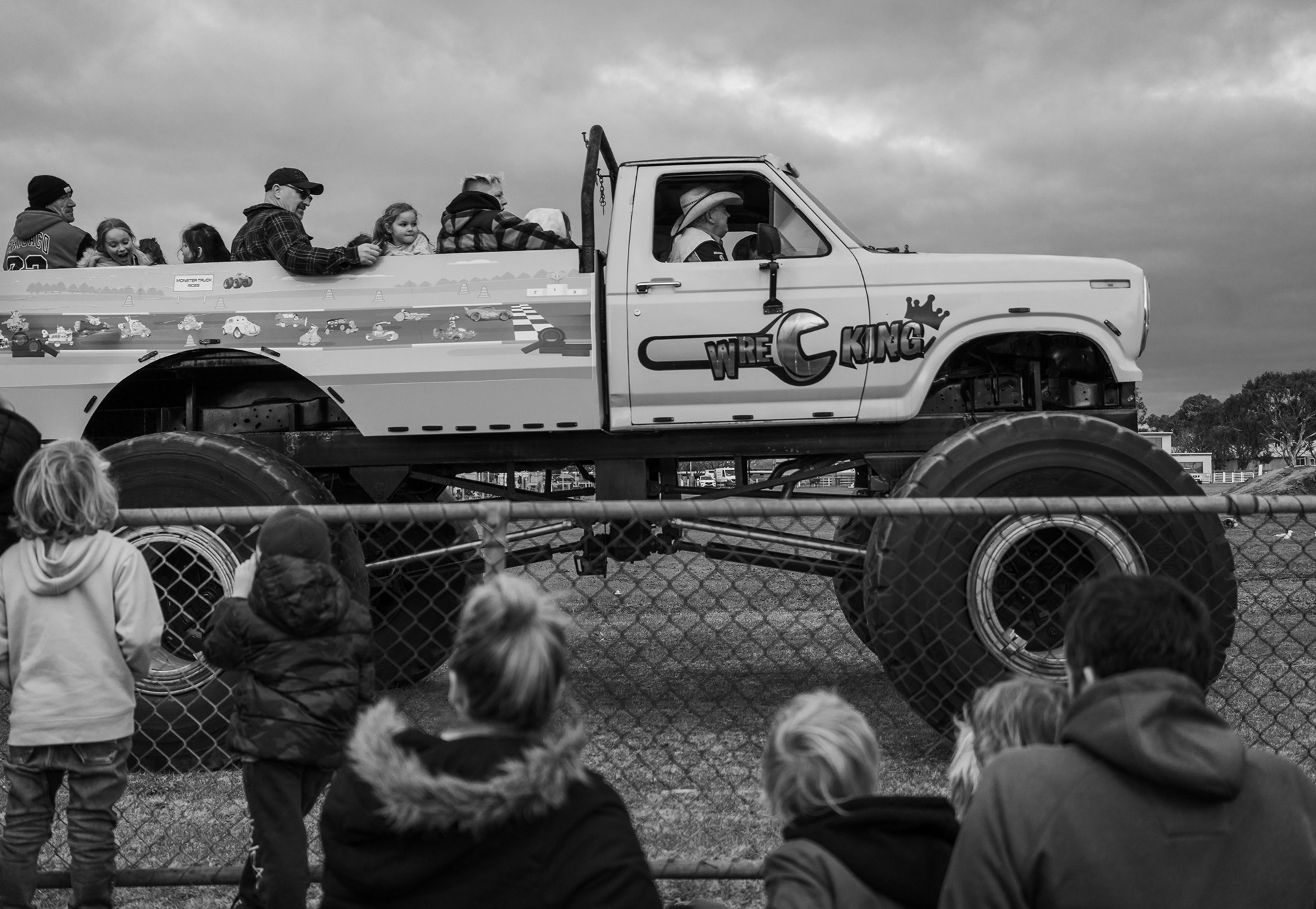 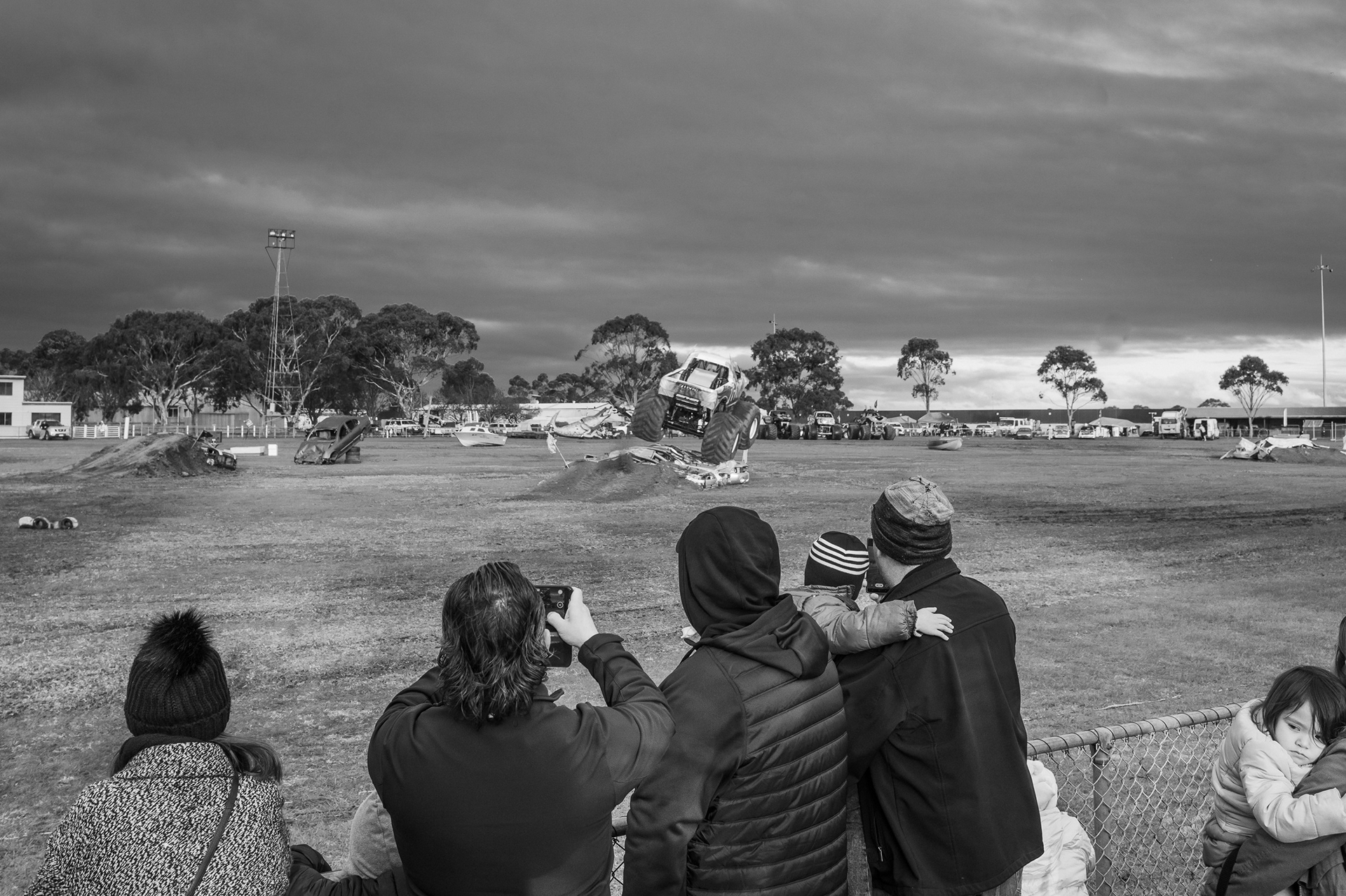 I had a wholesome time at monster trucks.
Saturday, March 6, 2021

A railway underpass I cycled through en route to a secret art/performance thing I went to alone. I felt pretty sketchy cycling into it on the way there, the sun setting and this being out in the industrial boonies. Felt fine about it a few hours later, cycling home in the dark, getting away from the social death of going to an event on my own.
* * *
Saturday, January 23, 2021

I went outside this morning to water my plants and saw this wonder retract it's eyestalks as my shadow passed over it. I thought it might drown and that I could help it, so I lifted it out of its bowl and in doing so it slipped out of my fingers. It's shell cracked on the surrounding concrete. I looked up some snail facts on google afterwards and it turns out they can't really drown; not for days, anyway.
* 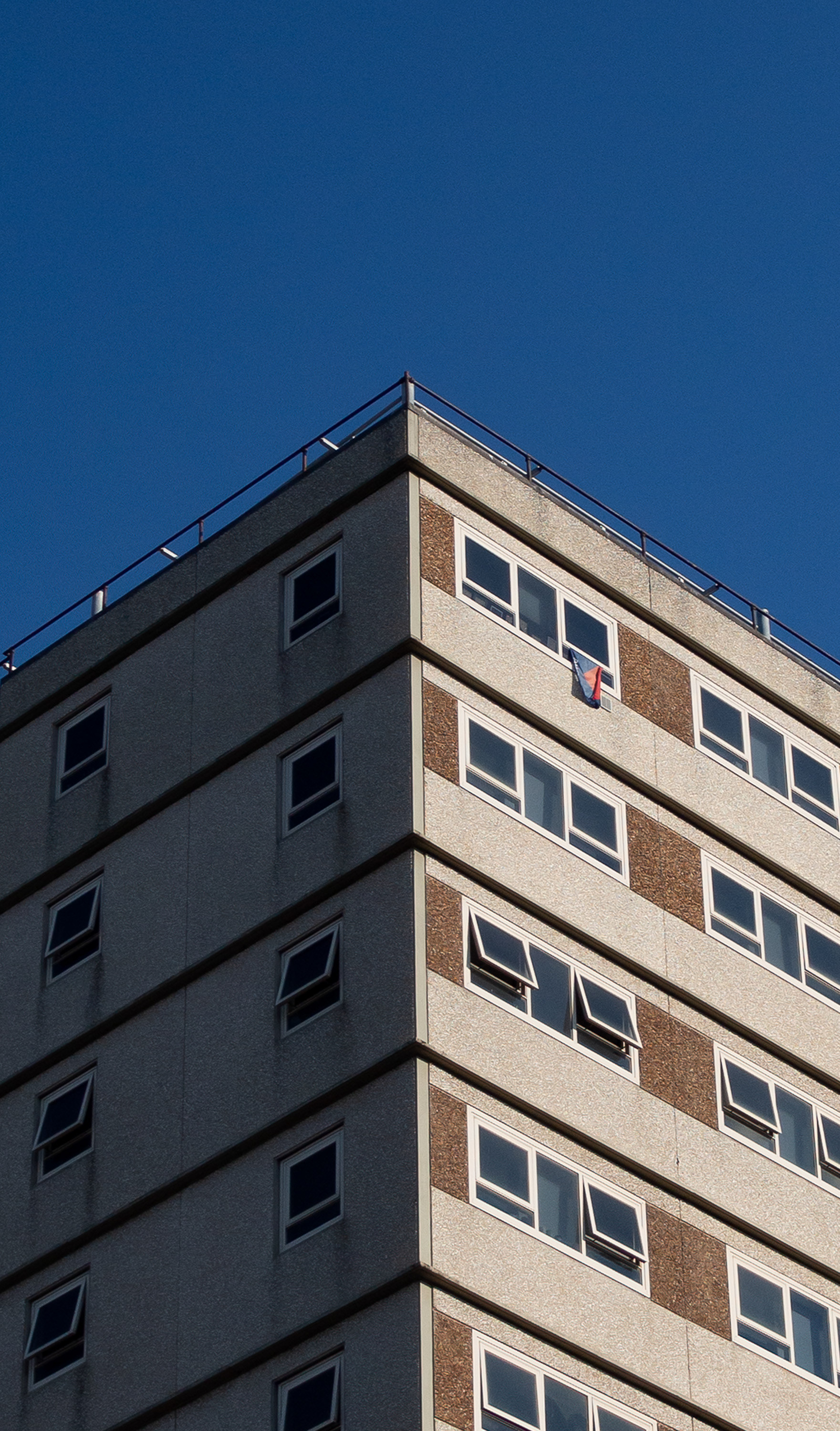 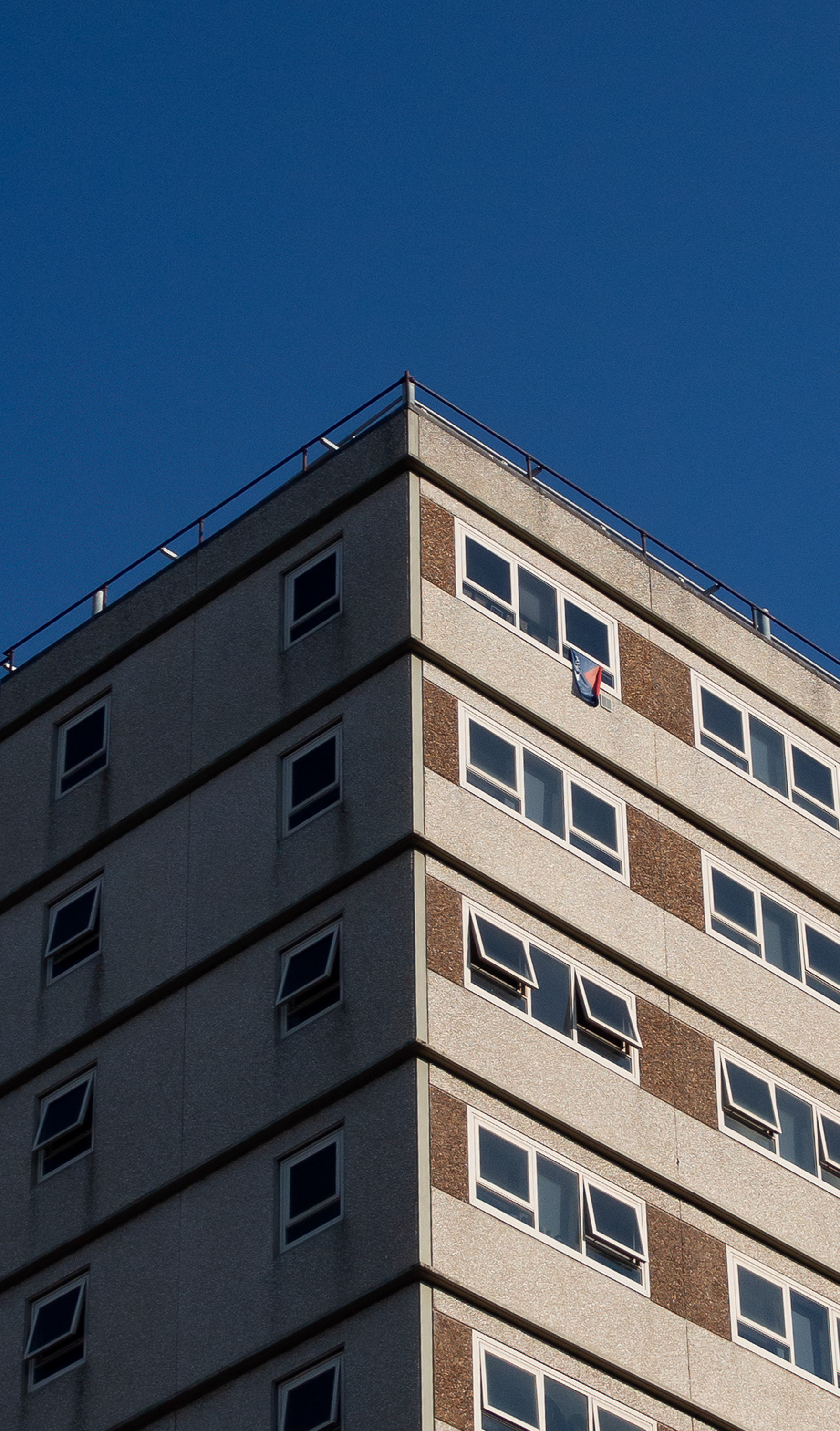 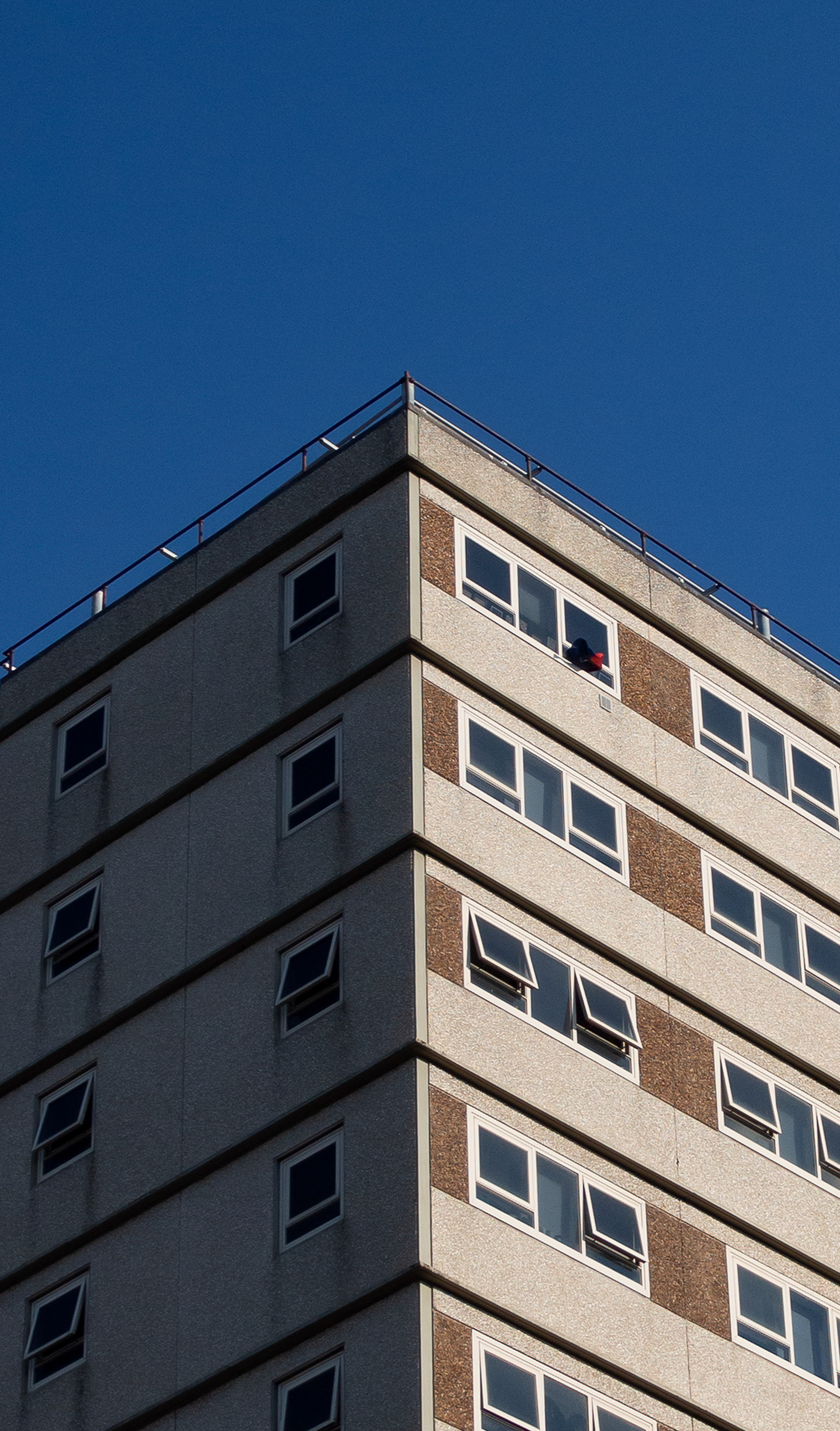 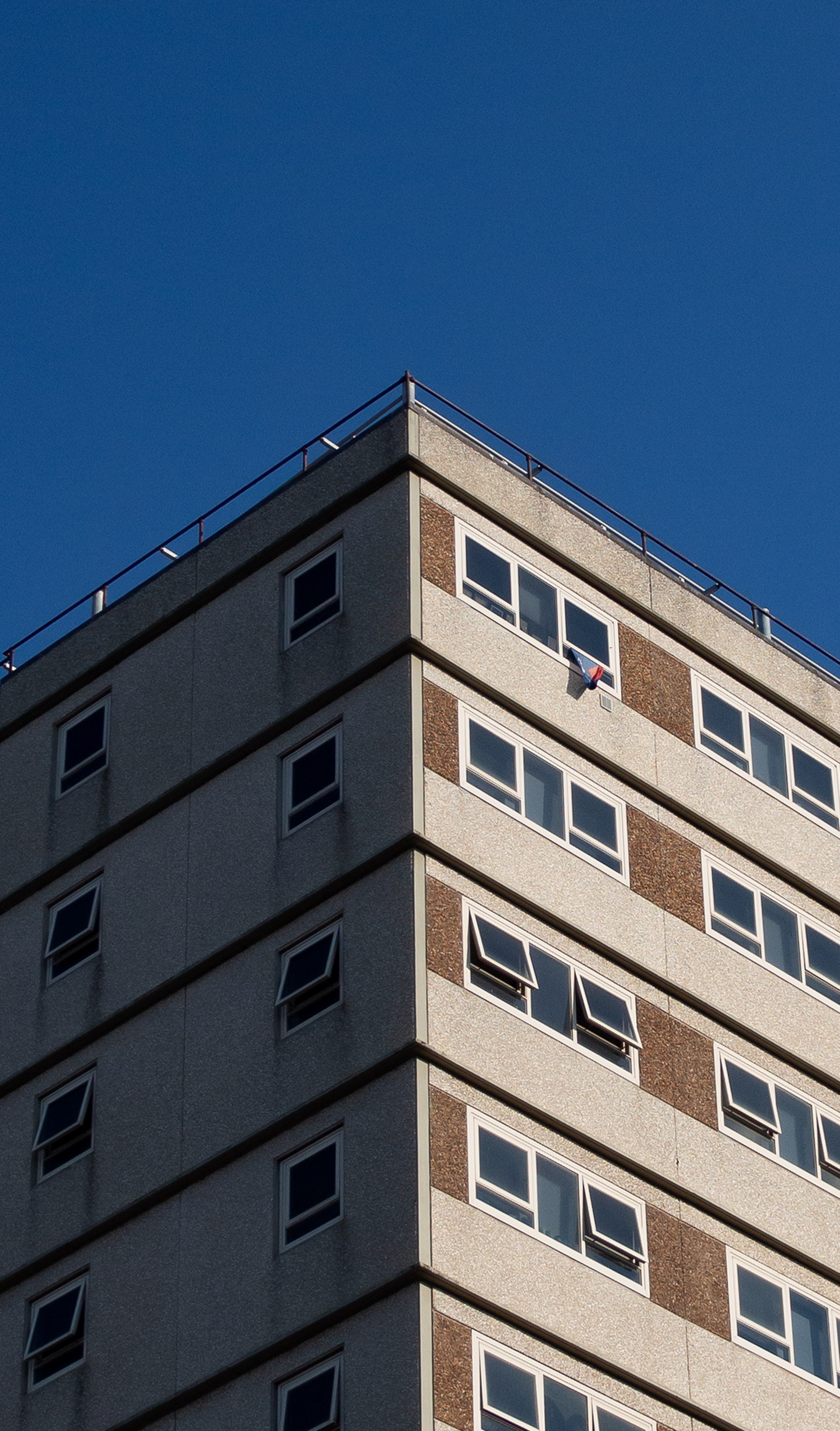 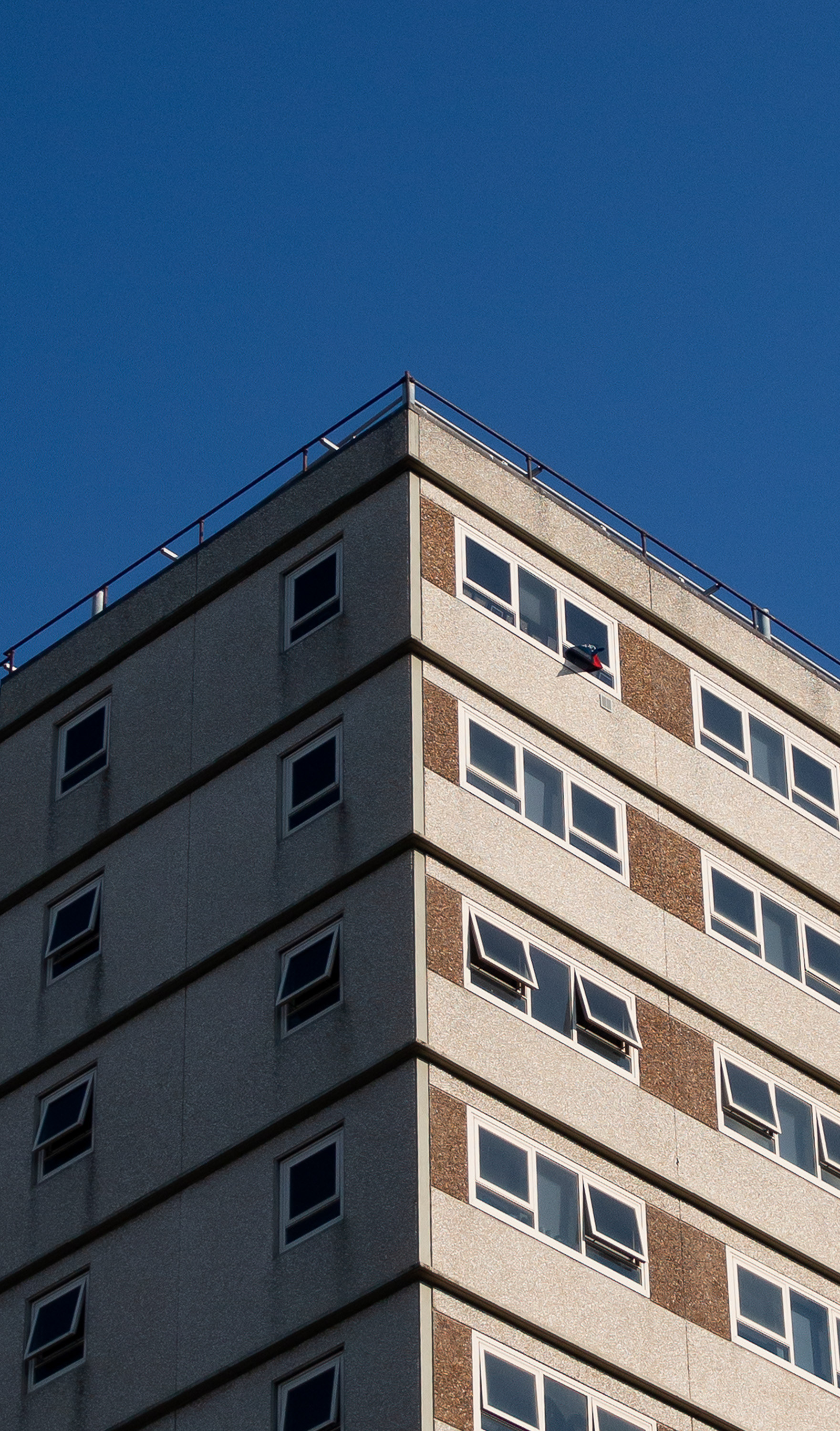 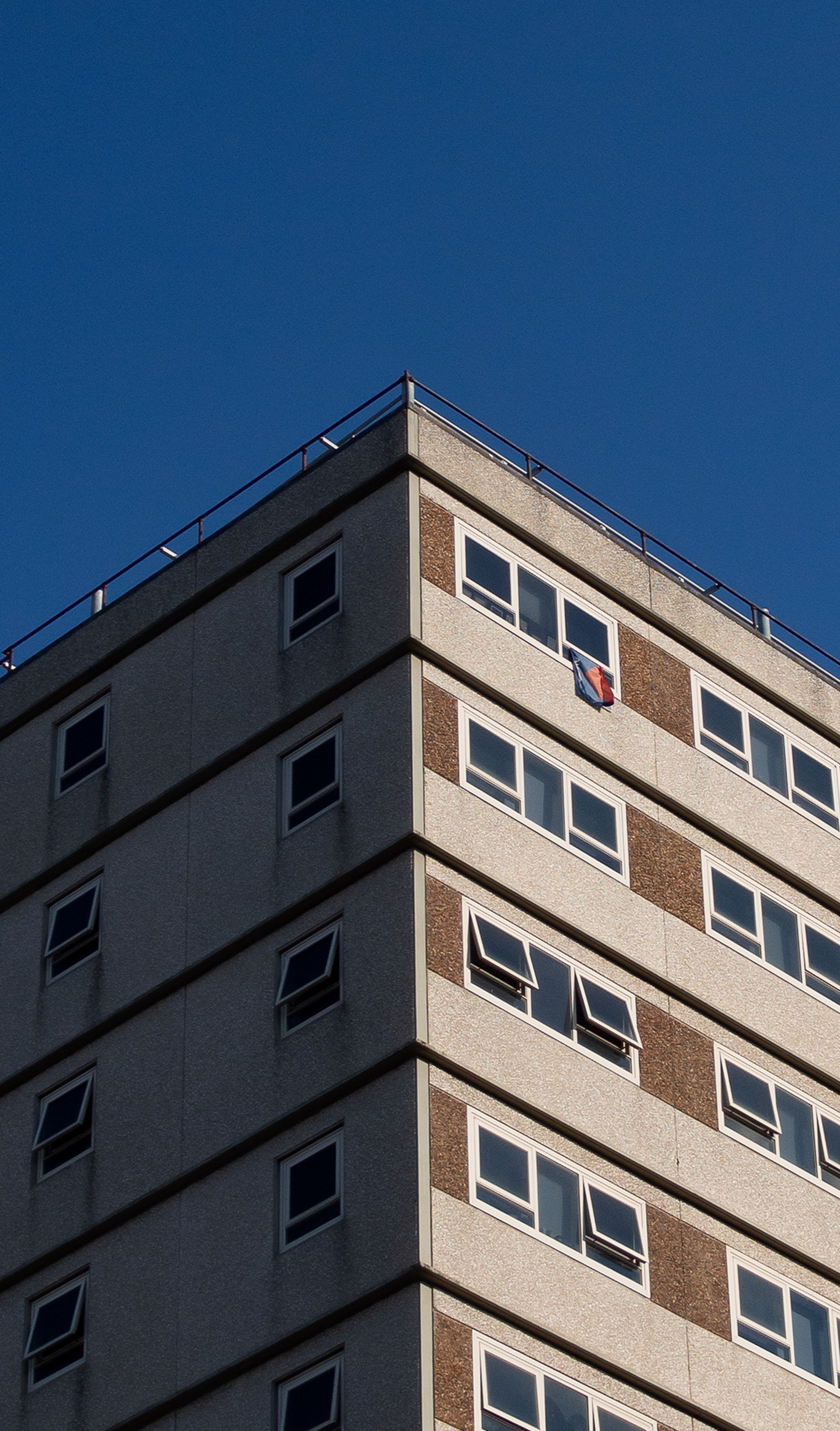 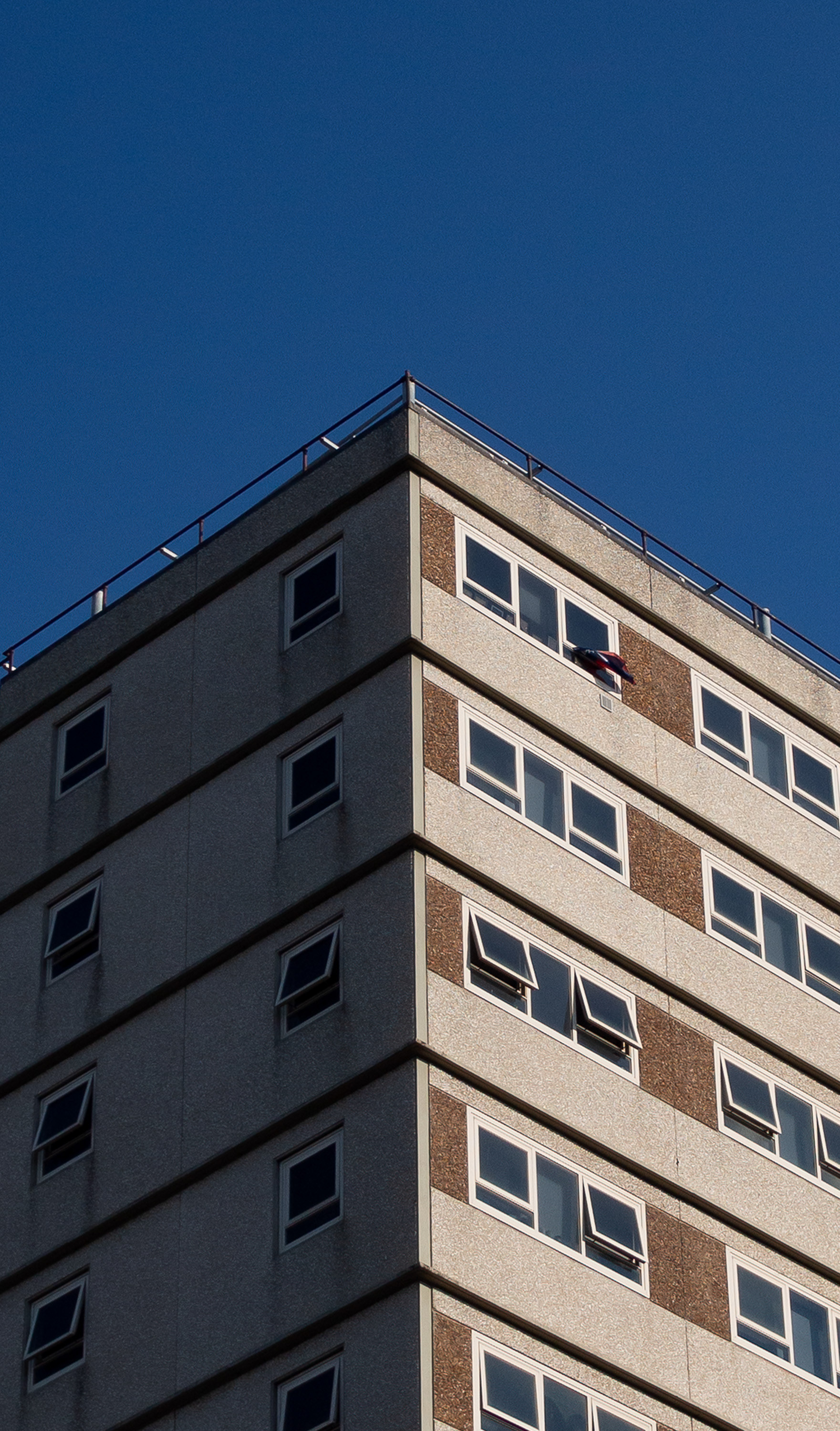 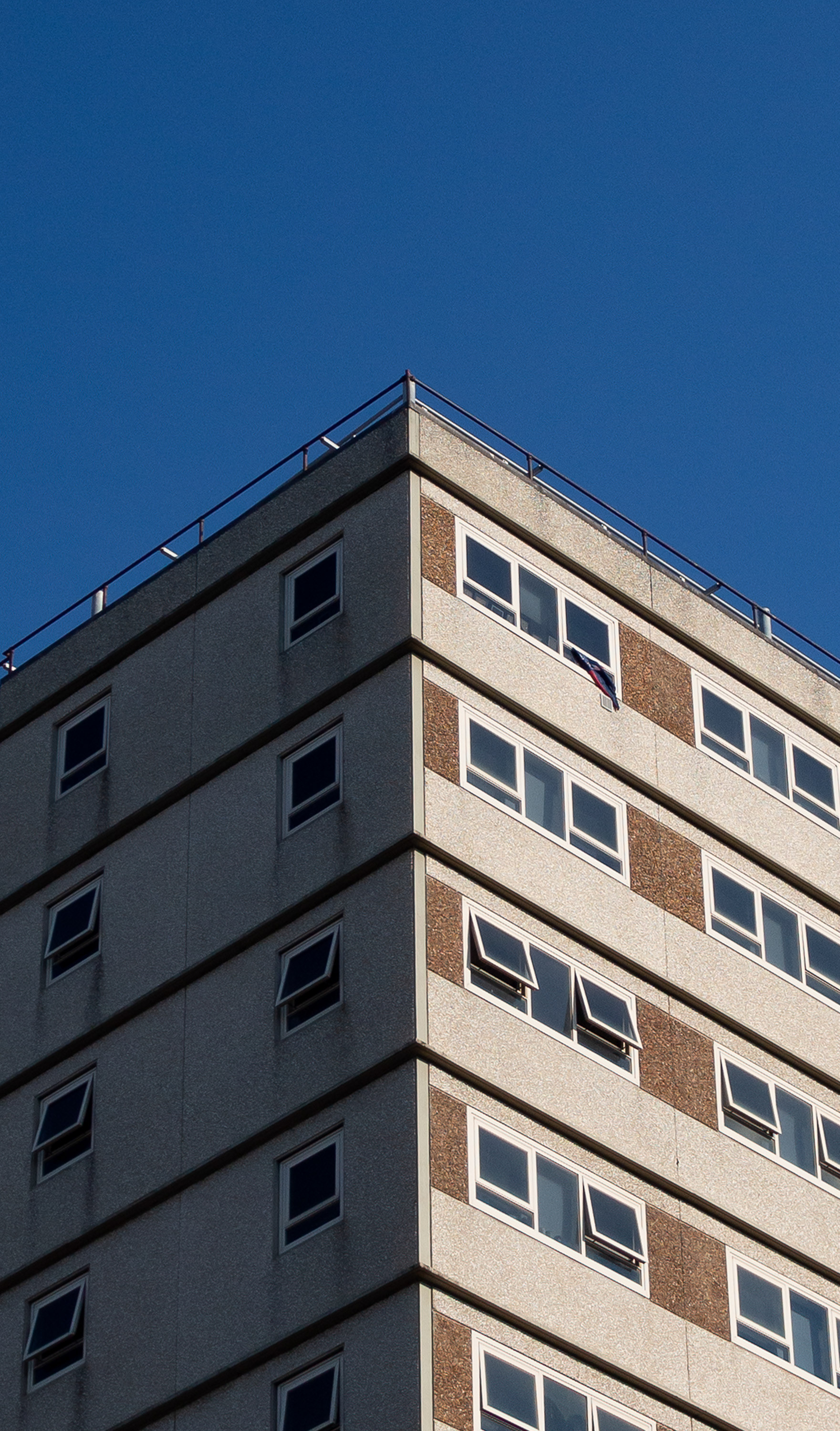 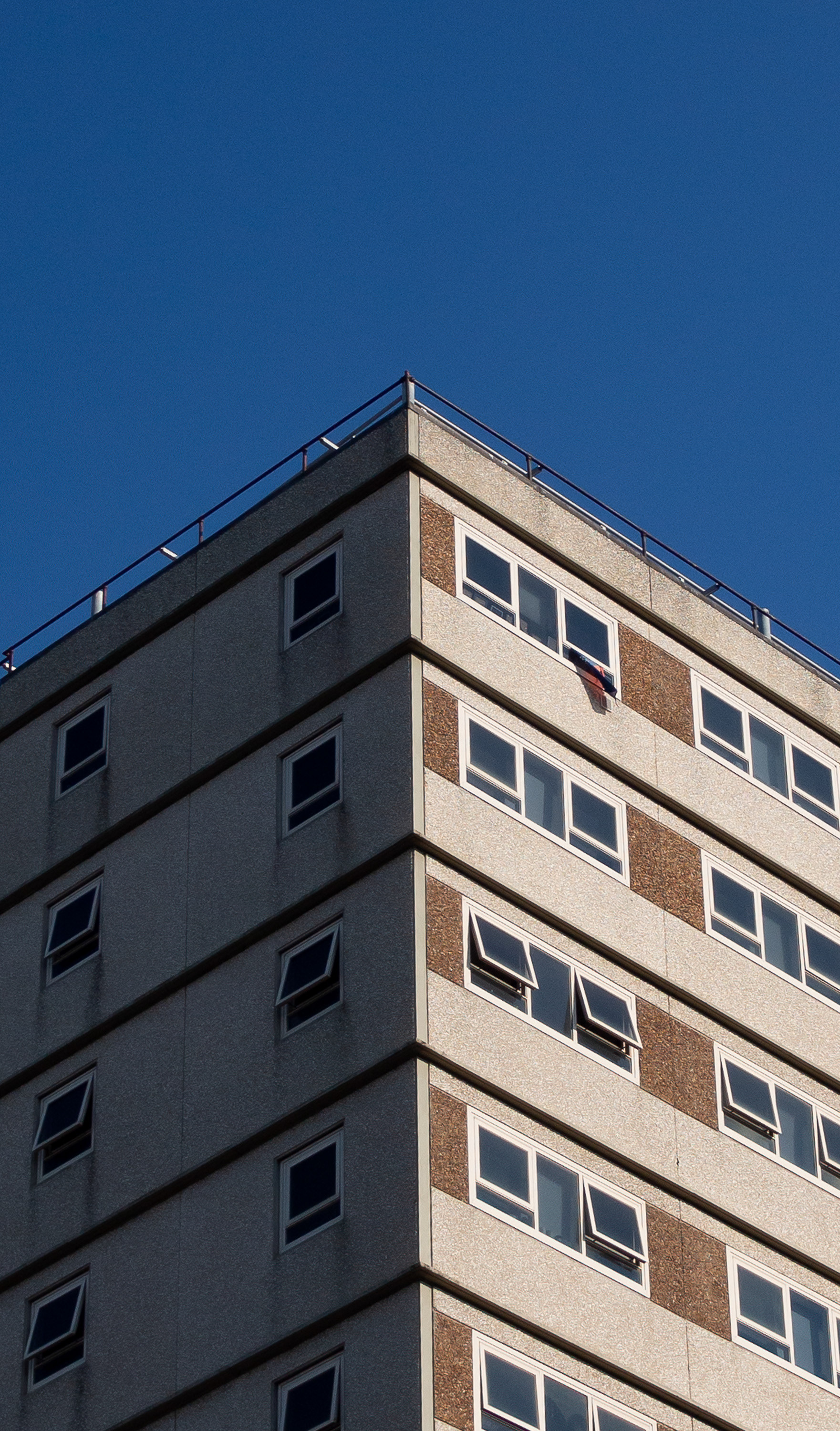 Some photos from Melbourne's 2020 lockdown. And now, some thoughts: reading this at some point in the future, looking back, I imagine four months of social restrictions and other mild hardships might seem funny. From here, the future seems defined by a need to surrender to events beyond individual control. Some collective effort is on the horizon, the individual parts of which might be confusing or humiliating. Ego-less.
*

I try to think about what my favourite image from that period might be. Each day I'd try to take a photograph with some discernable thought behind it. Hardly original, but I was worn down by the (then new) dopamine drought. A fully engaged photo each day seemed about the best I could do. All other artistic ambitions on hold. Maybe permanently?
Towards the end of lockdown, a friend offered my household a long, heavy table that her bagel shop was getting rid of. I hired a truck, and with some amount of collective effort my housemates got it from the shop and into our large lounge-room. As we were first thinking through the logistics of getting the table into the house (lifting, turning, sliding on towels laid out in the hallway), Jimi, a dancer currently answering phones in the Covid economy, sat on the table in the truck's brilliantly illuminated cargo space.
I suppose there's a way that dancers hold their bodies.
* * *
Saturday, August 19, 2019

God, what a lovely, lovely day. Crisp and clear and and and. Pulling over, totally present and wired and looking at snow on ferns and being hyper-aware of smell and temperature, etc, makes me so happy that it brings to mind the flip-side of that feeling. It's a full body experience of joy that's probably closest to grief in how all-encompassing it it. Also, riding a fast bike fast is probably the only time I'm not racked with terror of one kind or another, so that's nice.
*

A friend and I watched a military airshow today. We parked with the rest of the cheapskates outside the host airport’s perimeter fence and watched a mix of aerial acrobatics performed in propeller planes (jaw dropping - utterly stunning) and military flybys / “handling displays” of the latest hot shit American warplanes. Watching billions of dollars worth of military jets thunder past was a lot like shooting a gun: loud and boring, but underneath that, exciting on some usually-repressed level. It's perverse to watch a display of things made specifically to kill people, but I don’t think there’s any point hammering that point in the same way as there isn’t any point to describing the feeling of standing on the edge of a tall building. Gut level stuff is hard to convey.
*

I remember when I first came to Australia as a five year old, I’d sometimes see a large silver blimp hovering over the migrant hostel that my parents and I lived in then. When my family immigrated here, the Iron Curtain was still existant and we were fleeing some of Polish specifics of that. Looking up at the blimp in the context of what we’d left and it’s ongoing stressors, my young mind interpreted the silver object as a large bomb suspended over the city by our new government. Should my family and I have done anything “wrong,” I was sure the bomb would be dropped on our heads.
* 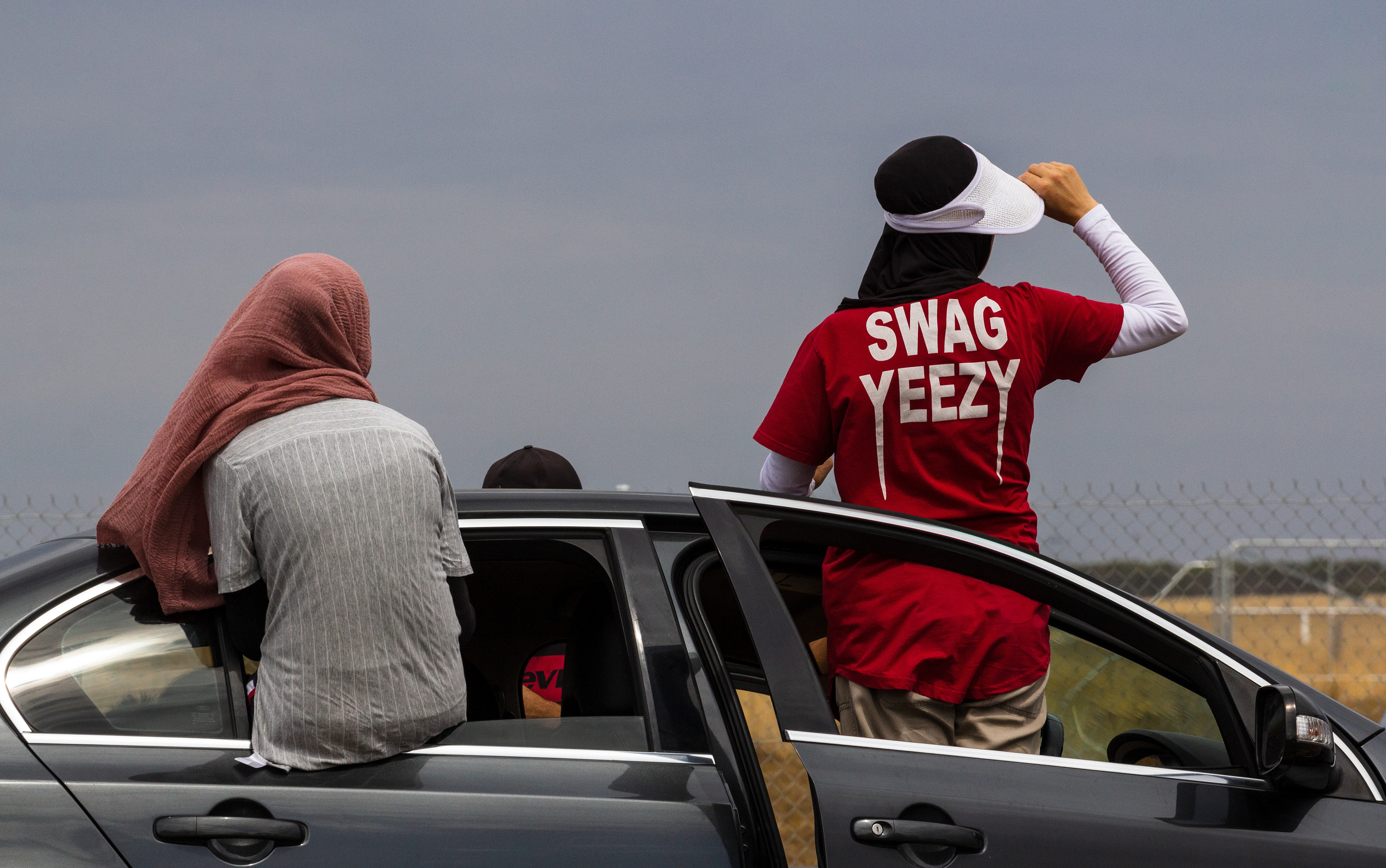 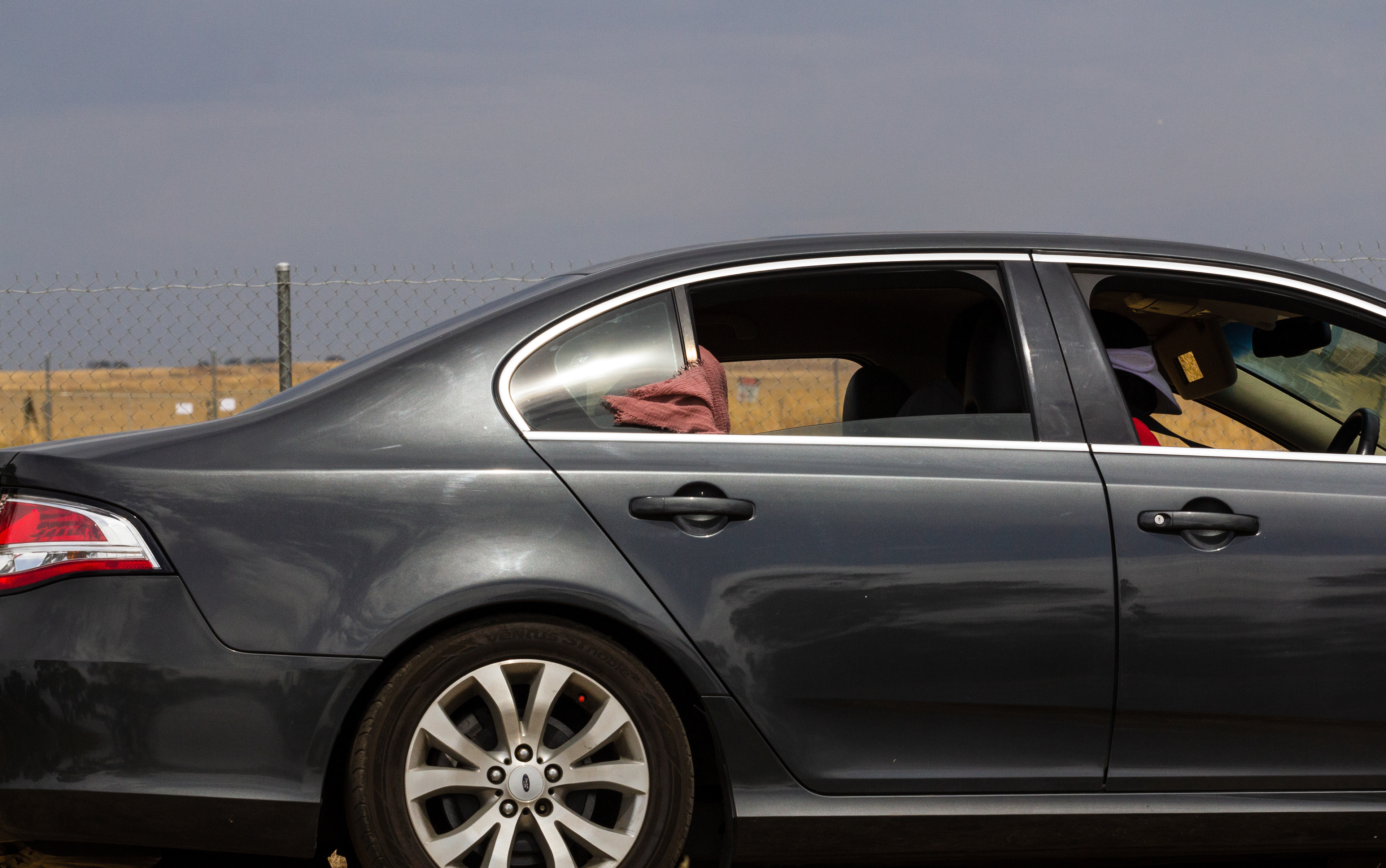 I spent a while, today, watching the stylish bystanders pictured above as they took in the passing jets. I tried to draw a clear throughline between the cultural export on one woman’s body and the cultural exports they were viewing for laughs. Confusing stuff.
* * *
Friday, March 1, 2019

One of my favourite Melbourne galleries, while it existed, was a place called The Food Court. Situated in an abandoned food court on the Docklands waterfront, it hosted arte showes against a backdrop of the deep fat fryer vats and combo meal pricing signs that stayed on from the venue's previous life.
Walking through Docklands the other day, I saw that the new resident of the former (F)ood (C)ourt is a live seafood supermarket. The space retains the abandoned food court fit out - the cash register is behind the counter of an old Red Rooster - but you can only buy living fish and crustacea, nothing else. An elaborate series of aerated tanks completely fills the space, and inside are lobsters, crabs, prawns, and big-ticket fish like barramundi and grouper.
One large tank contains red lip morwongs - my favourite fish as a child. I've never seen them for sale before. In my childhood, my father and I - keen spearfishers - would see these animals around particular reefs near the part of Western Australia that we lived in at the time. One of dad's few concessions to my generally lacking manliness was that he never shot a morwong in my presence. He said they probably reminded me of my mother, so he'd show me that kindness. (Red lipped morwongs look like they're wearing lipstick, and my father was a cunt and I'm glad he's dead). I thought about how those morwongs were allowed to live, and about how the morwongs in the food court were alive for the entirety of the time I was seeing them, but would shortly die out of sight. Crowding around their tank's water pump the fish seemed drawn to the feel of air bubbles passing over their bodies.
At the time I was visiting, a sunbeam passed between the surrounding high-rise buildings and lit up some of the tanks in the supermarket with an intense golden light. On subsequent visits, I've found that this happens every day around five o'clock. For a little under an hour, the tanks against one wall come alive with light and colour and the fish within are transfigured into something even more beautiful.
I asked the supermarket manager if I could spend some time photographing this, and to my surprise he said yes. The next day, I borrowed a ridiculously expensive medium format camera from a very generous commercial photographer and fellow artist. I spent over an hour hovering around a tank of coral trout as they were spotlit by the afternoon sun.
I spent the following day processing and printing one of the images. My friend's Phase One camera affords the opportunity to blow the frames up to an obscene size and churns out absurdly rich colours. The image above is barely processed. A framed print of that image now hangs on the wall behind my back as I'm typing this. The fish look, still - even after their deaths, so present and alive.
* * *
Thursday, August 28, 2018

A large warehouse caught fire this morning not too far from my house. A thick, black plume of smoke extended from the fire across a number of suburbs, south towards the sea. It hung over those areas in a single contiguous cloud.
I live in a tall duplex townhouse on the edge of industrial Melbourne and saw this from my upstairs balcony. I had a good view of the smoke, but not the source of the fire, which was obscured by the flour mill across the road. I climbed across to my neighbour's balcony for a clearer picture. I only realised then that they'd moved away. Glancing into their windows, I saw all their furniture gone.
A little later, I rode my motorcycle towards the fire and spent an hour or two trying to get close to the warehouse. The smoke was real big close up, but it was hard to get a clear view and a sense of scale. I think maybe it's difficult to photograph something so large from right up against it.
I came across a news crew at the entrance to a vacant industrial lot a little way from the burning warehouse. We chatted for a while about the explosions they'd witnessed earlier in the day. A cameraman told me eruptions were still happening from time to time, and the volume of smoke emerging from the warehouse continually changed as different chemicals stored within were consumed. For another hour or so, I watched a flock of birds wheel around the ever changing plume.
* 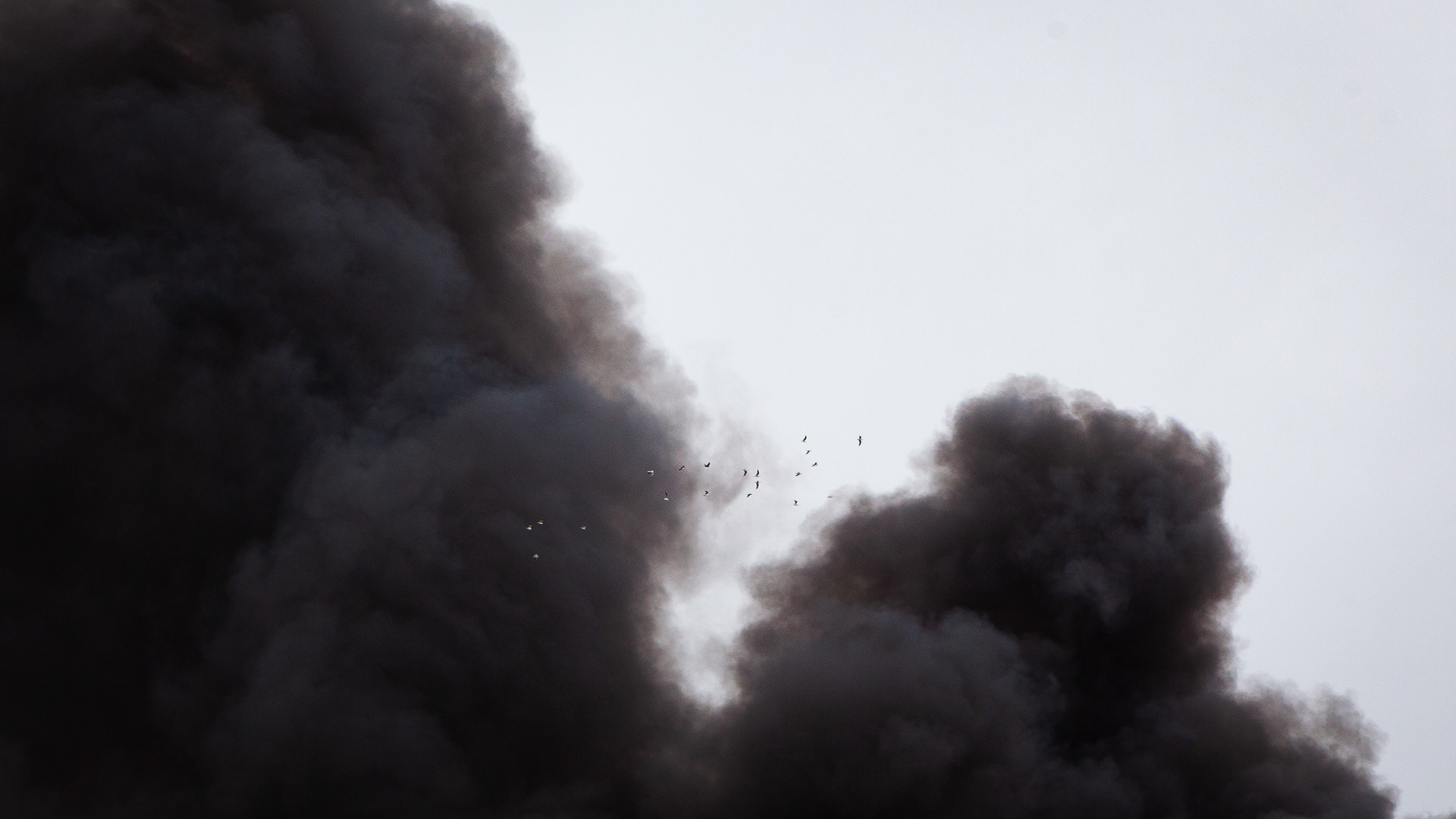 Eventually the news crew left to film a press conference. I stayed on, watching and taking photos. A car pulled up and a man with a movie camera got out. We chatted happily about both having finally found a good spot from which to watch and record the event - free from too much visual clutter. When I packed up to leave, I found that I'd left my motorcycle lights on and run the battery flat. The physical effort of push starting my bike was a nice contrast to the passivity of watching something happen.
* * *